The Day I just Gave Up. 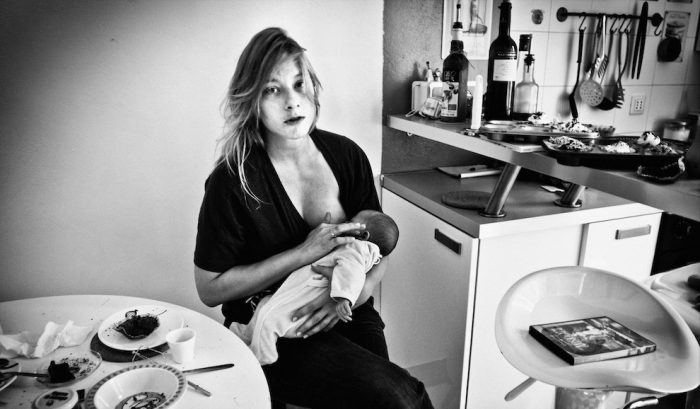 Oh, just give up!

My mother uttered those words to me several years ago as I made my way toward her basement treadmill.

At the time, I took it as a “sour grapes” kind of statement—a disparaging command made in the hopes that I would abandon my self-improvement goals and join her for a chat and a glass of wine.

For a while, it became a bit of a joke between my husband and I whenever we faced a small obstacle in daily life.

It’s raining and you have errands to run? Oh, just give up.

You’re struggling to make sense of the assembly instructions for your new bike? Oh, just give up.

You were planning on cooking something for dinner but forgot to buy the main ingredient? Oh, just give up.

But as I’ve delved more deeply into the fine art and practice of self-compassion, I’ve come to believe in the wisdom of my mother’s words.

Ha. What my kids really needed was a mom who was skillfully simplifying—rather than needlessly complicating—their lives. The puppy (we named him Max) was adorable, but after only a day or two, I felt positively crushed by the weight of this new responsibility. Max whimpered throughout the night and needed to be taken out several times a day. I was working in private practice at the time—which allowed me some flexibility during the day—but between the boys’ young ages and the fact that they lived with their dad several days a week, Max’s care rested almost exclusively with yours truly.

And as a newly single parent, I had more than enough on my plate already.

In an email exchange with my mom three or four days into this ill-advised endeavor, she suggested that it was not too late to undo this decision. I felt a flash of relief, followed immediately by crushing guilt and pure horror. How could I even consider subjecting my kids to another loss? And what about Max? I was raised to believe that taking a pet into the family was a lifelong commitment. I couldn’t simply give him back.

Long story short, that evening a devoted client caught wind of my distress and mentioned that he had a friend who’d been looking for a dog. Admitting defeat, I arranged for the client to pick Max up a day or so later. After giving the boys an opportunity for a quick farewell, I drove them immediately to Toys “R” Us to purchase their forgiveness with stuffed animals (which are, by the way, much quieter and a lot easier to care for).

Admittedly, it was not my finest parenting moment. The point, though, is that my mother was absolutely right.

Sometimes, just giving up means a great deal more than quitting. It can signify the acknowledgement of our limitations as human beings, the fact that we sometimes make mistakes, and a willingness to move forward with self-compassion.

It might be helpful in these situations to reflect on the word “just,” using one of its many connotations, “merely.” As in, I’m merely giving up. All that’s happening right now is that I’m ceasing to do something I used to be doing. Nothin’ to see here.

Another useful association is the concept of fairness. As in, I am giving up because it is the just thing to do. I am treating myself—my energy, my time, my emotions—with honor and integrity. Imagine family members putting grief aside and whispering compassionate permission into the ears of a dying loved one: it’s okay; just let go.

How many of us struggle with the notion of giving up, be it in reference to an unhappy relationship, toxic work environment, impossible standard of productivity, or perceived physical imperfection? Giving up is not, after all, a very American thing to do.

What if the colonists had given up back in 1775? Do we teach kids in school to just give up when the work gets harder? What if, when facing a particularly difficult child-rearing moment, parents simply walked away?

When is it okay to throw in the towel? Wave the white flag? Roll over? Let go?

Of course, there’s no definitive answer to that question. Every assessment as to whether one should cry uncle or press the f*ck on depends upon the person making the decision, who or what could be impacted, the time and energy involved, available systems of support…the list could go on and on.

My point isn’t that everyone should just give up when faced with pain or emotional discomfort. Rather, that giving up needn’t be summarily dismissed as an option. Sometimes, it’s the most compassionate and conscientious response available.

I could’ve kept the dog. I didn’t. 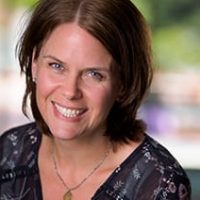 it's time to live your dream.

Inside Elephant Academy's brand new self-paced online course is everything we know about how to make good money doing what you love:

Write a Book—And sell the hell out of it.