The Last Time I Saw You. 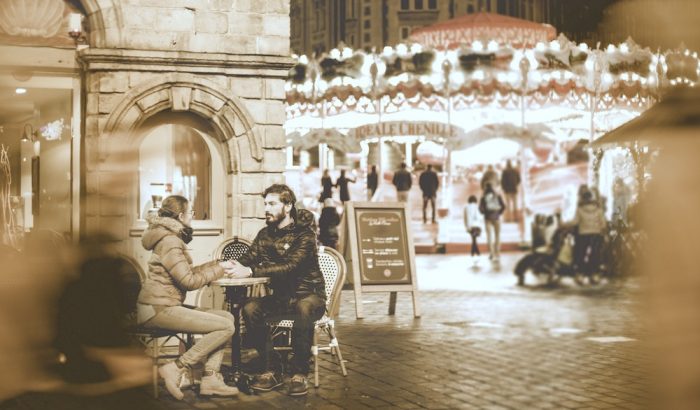 This weekend a year ago, I was in your town.

I had a writing conference to attend, three days and two nights.

I was so happy—but my heart was also breaking. The conference marked the end of a year-long series of monthly classes, and this weekend was it.

I didn’t know if I was ever going to see you again.

The first night, Friday, we went out to a little restaurant that closed early, 9 p.m., which was still late enough that during dinner I’d gotten drunk. Three beers. You walked me around the quiet town in the dark, where everything closed early, apparently, even on a Friday.

We walked through pools of street lights, around empty parking lots, alongside long strip malls to help me sober up; and when I had to pee, we ducked into the only place that was open—a pool hall, which had only a couple guys in it. The town was otherwise empty.

You were the only person in the world, as far as I was concerned, and you were with me.

I hugged you at my car, parked next to yours, when it was almost midnight and I could drive back to my Airbnb. Tomorrow was a long conference day and Saturday evening would be my last chance to go out with you.

“Will I see you tomorrow night?” I asked, muffled in your shoulder, a little worried about your answer. As much as I knew you loved me too, I also knew it wasn’t quite in the same way.

For the past year when I was in town, each month, you usually told me you were busy and then showed up anyway, which meant I lived in a constant cycle of anxiety and relief, feeling rejected and then loved, back and forth until my intuition was so messed up that I lost any sense of where I stood.

“Probably,” you answered, which was closer to a yes than I usually got, so I relaxed a little, just enough to push it.

“Probably?” I said, still pressed against you, neither of us letting go. “Is that a yes?”

I pushed again. “Do you promise?”

And here’s what you didn’t say:

We are not on the same page.

I’m so sick of this crap.

What kills me today, a year later, is that those are all sentences you’ve said lately.

Staying in touch with you, long-distance, I still managed to try too hard. I loved you too much. I wanted more than you could give. Even from another town, doing nothing but texting, I lost you.

But what you said on that night, that magical, private, dark night when only you, and only I, stood in a parking lot in the center of the universe while the stars spun around us, was: 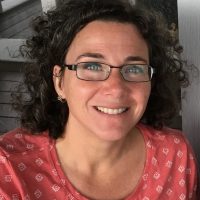