How to Begin Healing a Broken Relationship with One Conversation. 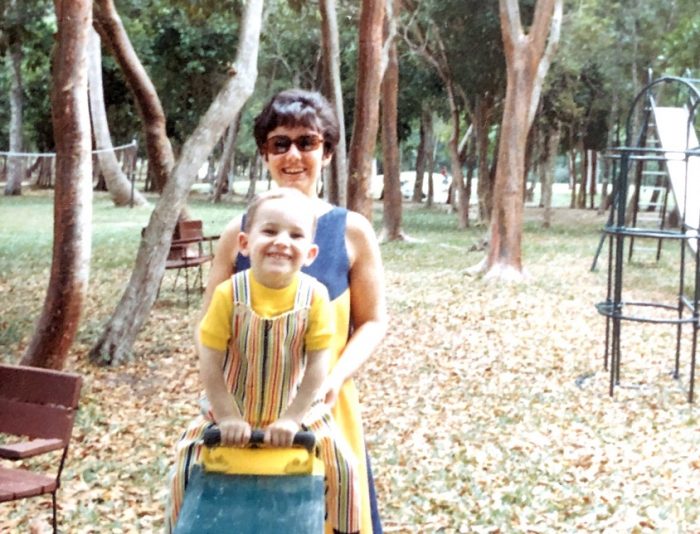 “I can’t do it—I’m terrified,” said an unsteady voice through the phone.

It was my mom on the day we were embarking on step nine of the Alcoholics Anonymous (AA) 12-step program.

Step nine is about making amends.

I had decided to face my fear and resentment, and called my mom to have a real conversation. Maybe the first we’d ever had.

I was nervous. Shaking. Heart racing. I told her I was sorry that our relationship had never amounted to what we would have liked. That my resentment and anger had always been in the way.

She had been an untreated alcoholic from the time I was born until my early teens. I grew up feeling alone and unwanted. There was no consistency from one day to the next. Some days were volatile and loud, others were calm. I never knew what to expect, and always assumed I had done something wrong. But most of all, I was angry about feeling isolated and ashamed of not being good enough.

As a result, our relationship had never been a close one. Forty years of sobriety had done wonders for her, but little for me. We settled into the cool distance that defined our relationship. We spoke often, exchanging many words while sharing little.

But I was different now. After my marriage failed, I committed to intensive therapy to work through my issues and have a chance to build the life I want—filled with love, flaws, and self-acceptance. I had made enough progress over the last couple of years to consider what once seemed impossible—accepting my mom as a flawed, genuine person, and attempting to improve our relationship.

I shared my regrets with my mom and acknowledged my part in our strained relationship. I found the courage to ask why she had never done step nine with me. I knew making amends was an important part of recovery.

“I was always too afraid,” she said.

I knew this was a door she was afraid to open. I also knew I had the courage to open it for both of us.

She decided to be courageous and make amends with me after all of these years. But it was too hard for her to talk about—it would be easier to write a letter, she said. An hour later, my heart pounded as I opened her email.

She wrote how badly she struggled with addiction when I was a child.
How she took out her anger and dysfunction on me.
How she hadn’t been emotionally present, or helped me feel safe and protected.
How she was a work in progress, still afraid to talk to me about it.

She said she recognized changes in me, and asked me to recognize the same in her—as an amend is a change.

My eyes filled with tears as I finished reading her letter. I realized that all I ever wanted was for her to acknowledge what happened and to take responsibility for it. For the first time in my life, I felt unburdened by my childhood.

I immediately called her back, thanked her for what she wrote, and told her how much it meant to me. She said it was customary to ask if there was anything more she could do to help make amends.

She began to sob. After so much time, she finally understood the power of making amends.

Traumatic relationships are hard to deal with. Even harder to deal with as children. Many of us grow up in homes where the dysfunction is not discussed. We don’t learn how to process feelings. As we get older we take all the anger and resentment and stuff it down in the deep, dark, swampy parts of ourselves.

After so much pain, our natural reaction is to withdraw. We learn to put up walls as a way of protecting ourselves. We often turn to numbing behaviors—alcohol, drugs, sex, and food, to name a few—to deal with the pain. We get stuck, as our coping mechanisms hurt us further.

To heal damaged relationships, and ourselves, we need to accept those parts of our life that we’ve struggled with. We may have spent our lives as victims of our childhoods, our identity and self-esteem wrapped up in what was done to us. It can be uncomfortable to let that go as we toss our security blankets aside.

But we need to be brave, willing to embrace the anger and resentment. To come face-to-face with the sh*t we’ve run from for so long. Once we learn to do that, and show ourselves empathy and compassion, we’ll be vulnerable enough to begin to heal.

Acceptance is what allows us to begin the dialogue—not from a place of anger and resentment, but from a place of empathy, compassion, and vulnerability. We then create a safe space where we can have real conversations, and real healing.

Here are five things I learned about healing relationships after doing step nine with my mom:

1. We have to own our part in the damaged relationship.

Before we can repair a relationship, we must first take responsibility for our part in the dysfunction. We do this by accepting and owning our flaws and the ways we have hurt others. Only then can we truly make or receive amends.

2. We have to treat ourselves with love and compassion before we can offer that to someone else.

We can’t ask for forgiveness if we aren’t willing to forgive ourselves first. We carry around hurt feelings and guilt about how we treated the other person. We might have been stubborn, and refused to look at another point of view. Accept that while we tried to do the best we could, we made mistakes which contributed to the damage. If we can accept that, and forgive ourselves, we can offer genuine forgiveness to the other person.

Trying to repair a relationship with someone close to us can be terrifying. The easy way is to give up trying, to accept the narrative as “just the way it is.” But it does not have to be that way.

Reaching out is scary. But we have the choice to repair relationships any time we want; it just takes guts. My mom had to overcome decades of guilt and fear when asking for my forgiveness, and it was terrifying. We may have no idea how it will be received, and that puts us at great emotional risk, which is the very definition of vulnerability. It is this vulnerability, paired with courage, that makes great change possible.

It is never too late to heal a relationship. It doesn’t matter how much time has gone by. Relationships can transform much faster than we think if we summon the courage to ask for something different. We think it will take a Herculean effort to repair the damage, when all it takes is a single act of courage, and a willingness for both people to show up and have a conversation.

5. Let go of expectations of how things will turn out.

We can stop having expectations about how the healing process will go. We can own our mistakes, we can reach out with love, but we can’t control the outcome. This is the scariest part—the uncertainty and emotional risk. We can be clear with ourselves about what we are responsible for, and accept that. We can try to change the relationship, but we can’t expect to change the person.

Healing takes time; it doesn’t happen overnight just because you start a dialogue. And we need to give the healing process space to happen—the best we can do is simply show up, be genuine and vulnerable, and let go of the outcome. 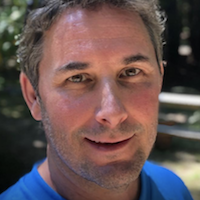 Welcome to the Elephant Ecosystem!

May this site’s daily new articles inspire & expand your mind& heart in the midst of this busy-busy world of ours.